Turn Back the Clocks!

Tomorrow is the end of Daylight Saving Time!  Don’t forget to set your clocks back an hour tonight and enjoy that bonus hour of snoozing.  Here are some sleep-centric Peachtree titles to get you in the mood for some extra Zs. 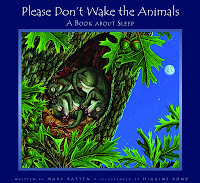 All people sleep. So do all other mammals. Birds sleep, too. Even snakes, fish, and insects have a way of sleeping. How different animals sleep on land, in water, and in the air—and the special ways they do it—is the subject of this fascinating book for young readers. 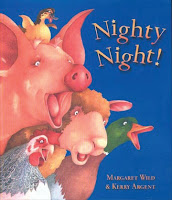 It’s bedtime on the farm, but the baby animals aren’t ready to go to sleep. Mother Sheep, Father Duck, Mother Hen, and Father Pig are in for a big surprise when they go to tuck their little ones in: none of the babies are in their own beds! Once the bedtime mix-up is finally straightened out, the parents realize that the fun has just begun
Instead of sleep, the baby animals want another story, a drink of water, kisses, and more. Will these baby animals ever be ready to say “nighty night?” 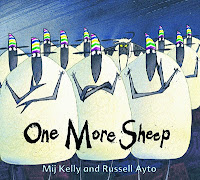 One More Sheep
Written by Mij Kelly, Illustrated by Russell Ayto
On a wild, windy night in a thunderstorm, Sam brings his ten sheep home and tucks them in bed for the night, with woolly socks on their feet and woolly hats on their heads. The shepherd wants to make sure he’s rounded up all of them. But counting sheep always makes him fall asleep! 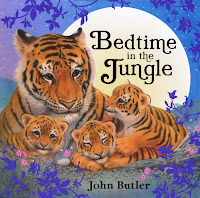 Bedtime in the Jungle
Written and Illustrated by John Butler
As nighttime approaches, mother animals and their babies are settling down for the night. A rhinoceros soothes one child to sleep, while a monkey makes a bed for her two babies and a leopard tucks in her three little ones. By the time readers arrive at the stunning gatefold illustration at the end of the story, a herd of ten elephant babies is nodding off, and silence finally settles over the jungle. Perhaps other little eyes will begin to close as well. 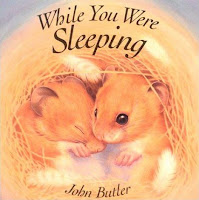 While You Were Sleeping
Written and Illustrated by John Butler
While young Daisy sleeps, animals play and swim and fly. When she wakes up, her mother tells her about each animal in turn. John Butler’s lyrical text and rich, vivid pictures make this a special book for sharing. Children can learn to count while they discover what animals do while we’re asleep, and adults will be equally enchanted by the luminous beauty of Butler’s brilliant, detailed illustrations. 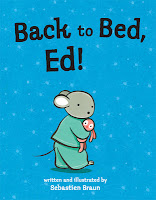 Back to Bed, Ed!
Written and Illustrated by Sebastien Braun
Getting ready for bed is lots of fun at Ed’s house.
But while Ed loves going to bed, he doesn’t like staying there. Night after night he tiptoes down the hall and climbs into Mom and Dad’s big bed. Mom and Dad aren’t getting much sleep so they come up with a plan to keep Ed in his bed.
Ed doesn’t think much of Mom and Dad’s plan—so he comes up with one on his own! 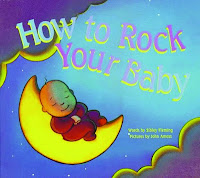 How to Rock Your Baby

When Baby arrives, the new Mom and Dad follow the “How To” instructions in their baby book as closely as they can. But when the book says, “Now rock the baby to sleep,” the parents are left a little confused about exactly what to do. They try every trick they can think of—from the ordinary to the outlandish—but Baby just won’t fall asleep. Then, just when Mom and Dad are tired and running out of ideas, they make a wonderful discovery…