//The code must be inserted ahead of the call to the content 7 Inspiring Books to Honor the International Day of Peace – Peachtree Publishing Company Inc.

7 Inspiring Books to Honor the International Day of Peace

Each year on September 21, the world observes the International Day of Peace. This is a time for everyone to come together and recognize the strength that comes from acceptance of all cultures. We’ve gathered a list of some of our favorite titles to celebrate the efforts of people all around the world who understand the importance of building these strong, peaceful connections with others, no matter a person’s background.

A mere nine months have passed since the September 11 attacks, and hearts are raw as the Maasai people offer a gift to the heartsick American nation that is as unexpected as it is extraordinary. This gift of fourteen cows emerges from the choking dust and darkness as a soft light of hope―and friendship. Accompanied by stunning paintings of Thomas Gonzalez, master storyteller Carmen Agra Deedy hits all the right notes in this elegant story of generosity that crosses boundaries, nations, and cultures.

From the time she was a child, Jane’s heart ached for others. At first the focus of her efforts was on poverty, and lead to the creation of Hull House, the settlement house she built in Chicago. For twenty-five years, she’d helped people from different countries live in peace at Hull House. But when war broke out, Jane decided to take on the world and become a dangerous woman for the sake of peace. Suzanne Slade’s powerful text written in free verse illuminates the life of this inspiring figure while Alice Ratterree’s stunning illustrations bring Jane Addam’s and her world to life. 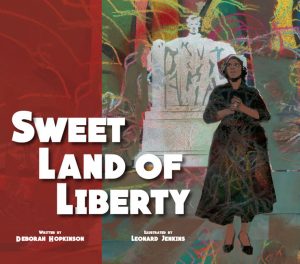 On Easter Sunday 1939, Marian Anderson performed at the foot of the Lincoln Memorial for a crowd of over 75,000 people. A man named Oscar Chapman had learned that Anderson was not allowed to sing at Constitution Hall because of the color of her skin, so he helped produce a landmark concert that―for at least one evening―bridged the color divide to bring a city and much of the nation together. This inspirational story recreates a bygone era and pays tribute to remarkable real-life people and a magical moment in modern history.

One morning, the bakery in the Sarajevo market is bombed and twenty-two people are killed. The next day, a cellist walks to the bombsite and plays the most heartbreaking music Drasko can imagine. The cellist returns for twenty-two days, one day for each victim of the bombing. Inspired by the musician’s response, Drasko finds a way to help make Sarajevo beautiful again. Based on real events of the Bosnian War, award-winning songwriter and storyteller John McCutcheon tells the uplifting story of the power of beauty in the face of violence and suffering.

Yours for Justice, Ida B. Wells
The Daring Life of a Crusading Journalist
Written by Philip Dray
Illustrated by Stephen Alcorn

In 1863, when Ida B. Wells was not yet two years old, the Emancipation Proclamation freed her from the bond of slavery. As she grew older, Ida held her family together, defied society’s conventions, and used her position as a journalist to speak against injustice. But Ida’s greatest challenge arose after one of her friends was lynched. How could one headstrong young woman help free America from the looming “shadow of lawlessness”?

Author Philip Dray tells the inspirational story of Ida B. Wells and her lifelong commitment to end injustice. Award-winning illustrator Stephen Alcorn’s remarkable illustrations recreate the tensions that threatened to upend a nation while paying tribute to a courageous American hero.

Author Cynthia Levinson explores the world of social circus―a movement that brings kids from different worlds together to perform amazing acts on a professional level, as well as work to bring about change in their worlds. Levinson follows the participants of two specific circuses that also work together periodically: Circus Harmony in St. Louis and Circus Galilee in Israel. As the kids’ relationships evolve over time, the members learn how to overcome assumptions, animosity, and obstacles both physical and personal. This inspiring nonfiction book highlights stories of collaboration, compromise, and overcoming obstacles. 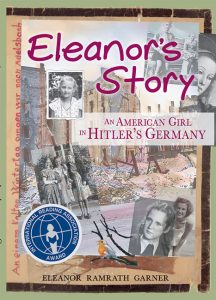 During the Great Depression, when she is nine, Eleanor’s family moves from her beloved America to Germany, where her father has been offered a good job. But war breaks out as her family is crossing the Atlantic, and they cannot return to the United States. Eleanor tries to maintain her American identity while fervently hoping for an Allied victory, yet for years she must try to survive separations, bombings, hunger, the final fierce battle for Berlin, the Russian invasion, and the terrors of Soviet occupancy.

This compelling story immerses readers in the first-hand account of surviving World War II as a civilian. It’s a story of trying to maintain stability, hope, and identity in a world of terror and contrasts, and it puts a very human face on the horrors of war, helping readers understand that each casualty of war is a person, not a number.