Part 3: Children’s Books Then and Now

For the past few weeks we’ve been delving into the history and evolution of books for children through the years. The emergence of children’s literature as a genre began in the early 1700s with books that taught manners and morals, as we discussed in our first post. In the late 1800s, books like Alice’s Adventures in Wonderland started to make children’s books look more like books for children rather than lessons on proper behavior. In our last post, we got into the development of children’s books during the first half of the 20th century; advancing technology, the rise of Modernism, and the World Wars all had their effect on the form and content of children’s books. Today the conversation moves through the second half of the 20th century and the beginning of the 21st.

It would be impossible to talk about the last 60 years of children’s books without considering such historical moments as the Civil Rights Movement, the rise of young adult fiction, and the digital era of the internet, video games, and e-books. So, we begin in 1950s America during a movement that continues to have an impact on our society and our children’s books today.

On first considering the effect of the Civil Rights Movement on children’s books, we decided to take a look at the children’s books published during the height of the movement’s activity. Wonderful books like Harold and the Purple Crayon (1955), The Cat in the Hat (1957), Where the Wild Things Are (1963), and The Very Hungry Caterpillar (1968) were all published and well received during the 1950s and 1960s; however, the expansive list of books about Civil Rights and Civil Rights heroes were actually written more recently in the last couple of decades. 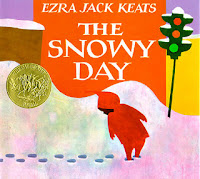 The Civil Rights Movement led to conversations about race, discrimination, and equality in the U.S. Although that conversation did not widely contribute immediate results in the promotion of diverse authors and children’s book characters, it did create a space for stories to address topic of race and discrimination—like To Kill a Mockingbird (1960) and The Empty Schoolhouse (1965)—as well as represent the diversity seen in everyday society—like The Snowy Day (1962), which depicts “the first non-caricatured African-Americans to be featured in a major children’s book.” However, even in 2013, in a study conducted by the Cooperative Children’s Book Center at the University of Wisconsin, from 3,200 children’s books, only 93 were about black characters. Although the conversation started in the ‘50s and ‘60s, we have seen a fairly recent surge of awareness surrounding the need for diversity within children’s books, whether it be authors, characters, or subject matter. 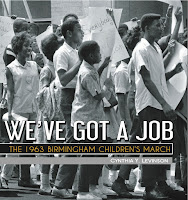 In particular, 2014 saw the We Need Diverse Books movement explode in all areas of the children’s book industry. At Peachtree, we’ve loved including such books as We’ve Got a Job and Watch out for Flying Kids to our catalog to promote cultural and religious tolerance. The hopes and ideals of the Civil Rights Movement made an immediate impact on our culture, but today in the children’s book publishing industry we are still experiencing the ripples started by those who took up the cause against racism and discrimination. We love being a part of the push to see diverse characters and authors represented to children in the U.S. who should be able to find a book that relates to their life and surroundings, whatever those may be.

The Rise of Young Adult Fiction

In the same decade of Civil Rights and increasing awareness for the need for equality throughout the U.S., a new term had been coined to define an entirely new subset within American society. They were “teenagers.” After World War II, an economic boom accompanied by compulsory education laws led to this age group staying in school and having more leisure time rather than working jobs. They were therefore not recognized as adults, but they were certainly not children. Of course, just like children’s literature, until teenagers were socially defined, there was no set category of books (or entertainment in general) for or about them.

This began to change, beginning with The Seventeenth Summer (1942) and continuing with books like The Pigman (1968) and The Chocolate War (1974). As might seem obvious, most of the books published mainly from 1950 to 2016 that were meant for adolescents are about transition and transformation. They are coming of age stories. Within young adult fiction, there have been two fairly distinct trends, especially recently.

The first was a burst of fantastical and futuristic literature chock full of vampires and dystopian societies. The second trend featured tragically realistic stories set in modern, often socially unstable surroundings. Books by Rainbow Rowell and John Greene feature characters that very often fail at their hypothetical “quests.” Within both trends, however, characters face transitions (growing up, moving away, starting a new school, dating a new person) and social issues (domestic abuse, alcohol and drug abuse, body image), like in J.J. Johnson’s Believarexic. No matter the surroundings, whether a futuristic city or a modern ghetto, YA fiction addresses all the internal doubts and decisions that comes with being a teenager. YA has also increasingly become a platform to address social issues and their consequences.

Young adult fiction as its own category was just the beginning for children’s literature. The genre as a whole continues to be parsed into increasingly specific age and grade group increments. Children’s books are becoming more targeted as authors, editors, and publishers create and promote books with social and educational topics best suited to certain age groups.

The development and changes surrounding the content of children’s literature was to be expected. Like every genre, history and society would have its effect, and the books and stories produced would reflect those effects. However, what no one could have seen coming was an era of unbelievable technological advances that introduced fundamental changes into the fabric of everyday life for everyone, including child readers.

Storytelling was now available not only through an adult storyteller or a book, but children began to have access to interactive and beautiful stories through movies, computer games, and video games. This of course came with a whole slew of new challenges and opportunities in the world of children’s books. As children interacted with more and more possibilities for entertainment and education, maintaining interest in children’s books became more difficult. On the other hand, technology is introducing the world of children’s books to possibilities never available before. With interactive e-books that help reluctant readers or include moving pictures, children are actually coming in contact with stories and the written word probably more than any other generation. As publishers, teachers or librarians, we all have access to the many new mediums available to teach children and the opportunity to continue telling beautifully crafted stories to the next generation.

No matter the medium, stories can teach empathy, tolerance, curiosity, humor, history, science, and math. Although we have seen the purpose of children’s books change through our history—from didactic moral stories to simple entertainment—educating children about their world and promoting a love of literature has always been a number one priority. It is a priority that should be pursued through all the changes that will inevitably come in the next century of children’s literature.

It’s the end of our conversation for now, and we’ve loved taking a look at how children’s books have changed through the years. If you’re interested in looking more into the effect of the Civil Rights Movement, the rise of YA, and the digital era on children’s literature check out these additional resources.