It’s that time of year again: time for cold weather, cozy blankets, and hot chocolate. And you know what will make all of those things even more festive? Snuggling up next to the fire and reading a good book with the ones you love! Exploring the library this Winter break is a great way to plan a day of family fun. While you are there, check out these amazing holiday and winter-y stories from Peachtree. Some will have the family rolling on the floor with laughter while others will touch the soul and warm the heart. You might even find a new holiday classic you will want to enjoy every year with the whole family!

Claude on the Slopes 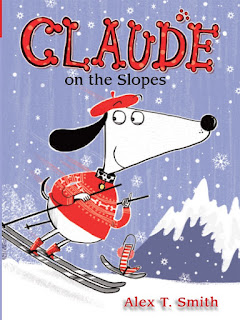 Claude and his best friend Sir Bobblysock are at it again! This time, they go to the Snowy Mountains to swish down the powdery slopes. They throw snowballs, learn to ski, and enter a snow-sculpture contest. But when an avalanche threatens their winter wonderland, Claude must come to the rescue.
Penguin’s Hidden Talent
All of Penguin’s friends are excited about the upcoming talent show, but Penguin can’t seem to figure out what his talent is. He tries juggling appliances with Bear, doing magic tricks with Rabbit, and burping the alphabet with Fox, but he doesn’t seem to be good at any of it. Stuck behind the scenes organizing, Penguin leaves the contest saddened, the only one who hasn’t received a medal. When his friends decide to throw him a party, but their festivities fizzle, Penguin discovers he might have some special skills after all as he sets to work planning them all the best party ever.
About Habitats: Polar Regions 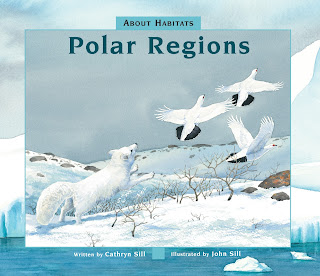 Through simple, easy-to-understand language and beautifully detailed paintings, this guide teaches children what the Polar Regions are and shows how various species of animals and plants have adapted to life in these habitats.
Snow Day! 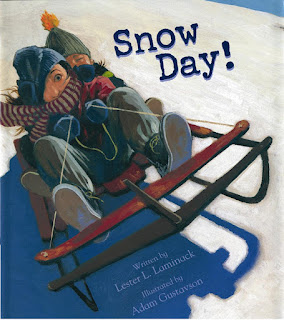 When the television weatherman predicts a big snowfall, the narrator gleefully imagines the fun-filled possibilities of an unscheduled holiday from school. Piling under warm blankets. Sipping hot chocolate in snowman mugs. Building a snow fort. Sledding in the neighbor’s field. In scene after snowy scene, from sunrise to sundown, a pair of siblings, with their father in tow, show how they would make the most of their day off. But when the family wakes up the next morning, they are in for a disappointment. No snow! As the family members pile into the car so they won’t be late for school, an unexpected twist reveals who wanted the snow day most of all.
Polar Star 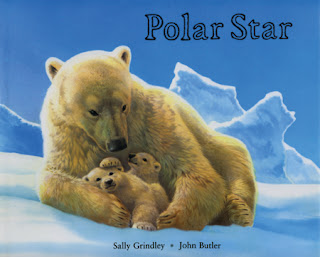 While her new cubs Snowball and Snowflake are too young to venture far from their den, Polar Star shows them the delights of their ice and snow wonderland home. But when the cubs are old enough to leave the safety of the den, they must learn how to survive in their beautiful yet hostile world and follow Polar Star across the treacherous sea ice in search of food. The remote Arctic world is brought closer to young readers in this dramatic story that follows a mother polar bear and her two cubs from her hibernation and their birth to their long journey together and a hungry male bear they encounter along the way.
Keep On! 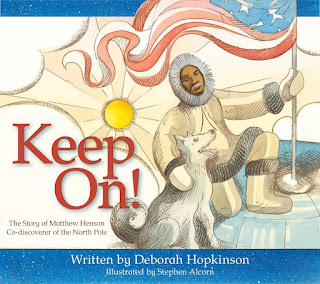 Many know the story of Robert Peary’s great 1909 expedition to reach the North Pole. Yet few people know that Peary was joined on this grueling, history-making journey by fellow explorer Matthew Henson. Just born after the Civil War, a time when slavery had been abolished but few opportunities were available for black people, Henson exhibited a yearning for adventure; at the age of only thirteen, he embarked on a five-year voyage sailing the seven seas and learning navigation, history, and mathematics. Henson’s greatest adventure began when he accepted an invitation from Robert Peary to join his expedition to the North Pole. The team endured storms, shifting ice, wind, injuries, accidents, and unimaginable cold. Finally on April 1, Peary, Henson, and four Inuit men began the final 133-mile push to the Pole. Readers will share in the excitement and drama of this remarkable adventure as award-winning author Deborah Hopkinson pays tribute to a great but under-recognized figure from America’s past.
Under the Snow 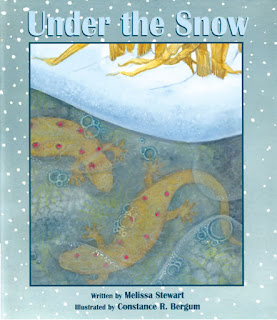 When snow falls, we go home where it is warm and safe. What about all those animals out there in the forests and fields? What do they do when snow blankets the ground? 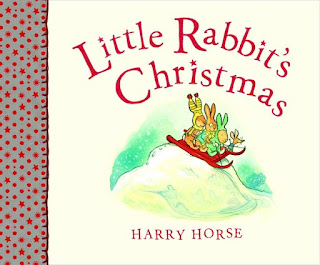 All Little Rabbit wants for Christmas is a sled. “Then I would be happy,” he tells his parents before bed. When Christmas arrives, Little Rabbit finds the red sled waiting for him and he cannot wait to show it off to his friends. Everyone begs him for a turn, and Little Rabbit goes off in a huff to sled alone. But when a fast hill and a frozen stream spell trouble for Little Rabbit, he quickly learns the value of friendship.
Where Teddy Bears Come From 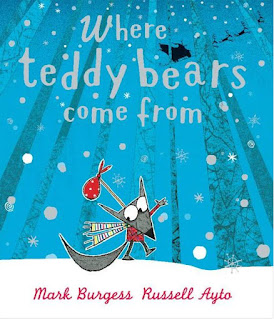 In the middle of a deep, dark forest, all the creatures are fast asleep. Except for a little gray wolf who can’t sleep a wink. But the little wolf knows just what he needs to get a good night’s sleep: a teddy bear to cuddle, just like in his favorite story book. But exactly where do teddy bears come from? Little Wolf must set off on an adventure through the forest to find out!
Christmas in the Trenches 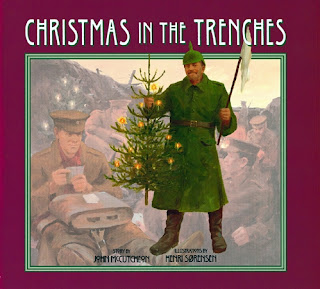 On a cold and clear Christmas Eve night in 1914, British soldiers sit in muddy trenches; on the other side of “No Man’s Land,” German soldiers are doing the same. Suddenly, a strange sound pierces the darkness: someone is singing a Christmas carol in German. Soon carols are sung back and forth across No Man’s Land. Then a figure emerges in the dark, carrying a small Christmas tree with lighted candles. Slowly the British and German soldiers leave their trenches, and the war, behind to stand together in the open field. Based on the Christmas Truce in World War 1, Christmas in the Trenches is a timeless talewill capture the imagination of readers of all ages.
Jingle Bells 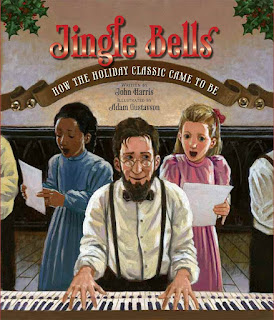 It is November 1857 in Savannah, Georgia, and the heat is stifling. Choir director James Lord Pierpont is busy writing a song for the children of the church to perform to usher in the holiday season. As he recalls his own Boston childhood, the sound of sleigh bells, and riding a sleigh through the snow, he gets an idea. A few days later – with the happy sounds of children singing and jingling bells and bags of “snow” – Mr. Pierpont introduces the delighted churchgoers to the charms of a northern Christmas!
The Santa Trap 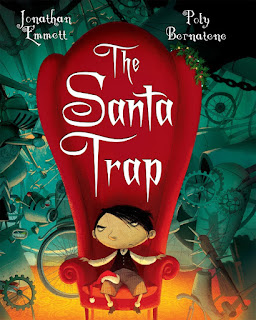 Bradley Bartleby is bad. Very bad. To avoid Bradley’s wrath, his wealthy parents buy him whatever he wants. All the adults in Bradley’s life are running scared – except for Santa Claus, who refuses to give him anything but socks. But Bradley vows to get what he deserves. If Santa won’t give him the gifts he wants, Bradley will just have to steal them. It takes Bradley a full year to execute his plan. In the end, he transforms his house into a trap so fearsome even his parents refuse to enter it. With dynamite, trapdoors, guillotines, and tigers in his path, Santa doesn’t stand a chance. Or does he?
To Whom the Angel Spoke 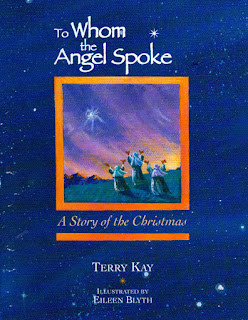 To Whom the Angel Spoke is the story of three shepherds who were as different as men can be. Yet, one night, those men heard a voice, and because they believed what the voice told them about the birth of Jesus, they were alike.
Santa’s Last Present 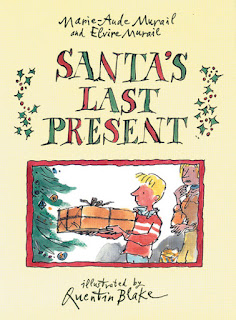 Julian’s parents talk about Santa all the time but Julian thinks he’s getting too old to believe in him. Even so, to keep his parents happy, he writes Santa a letter asking for a video game system. His parents think it might be a bit expensive, but Julian is confident Santa can afford it. Sure enough, on Christmas morning, there it is—the exact video game system he asked for. But after all the gifts are opened, Julian’s mother spots something else under the tree: a small package wrapped in dull brown paper. No one seems to know where it has come from. Then Julian tears off the paper…and discovers that just maybe he’s not too old to believe in Santa after all.
Santa’s Eleven Months Off 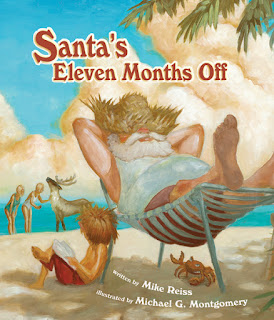 What does Santa do with his hard-earned vacation time? The same stuff you would do to relax and have fun—and a whole lot more—from sumo wrestling to international espionage! But no matter where he goes or what he does, he’s still our beloved Santa Claus!
Look for your favorite Holiday/winter titles at your local library this Winter break!