//The code must be inserted ahead of the call to the content Blog Tour for “Double Reverse” – Peachtree Publishing Company Inc.

This week we will take a closer look at our Fred Bowen Sport Series with his latest middle grade title for Football fans, Double Reverse.
Jesse is experienced as a wide receiver – but can he play against type and help his new team as a quarterback? 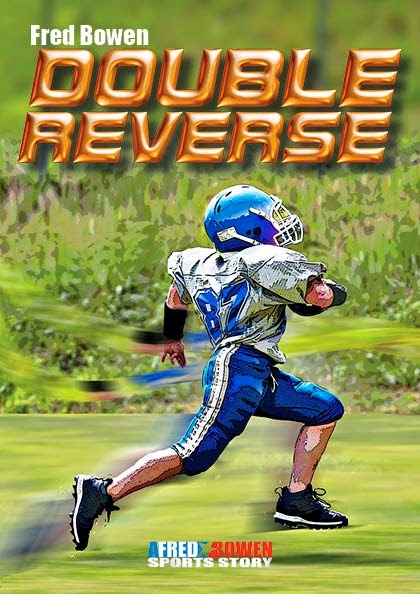 The Franklin High Panthers need a new quarterback. Freshman Jesse Wagner knows the plays, but he feels he is too small to be QB material. Jesse’s brother Jay has a problem of his own: his college coach wants him to switch from quarterback to safety. The brothers agree on a deal: Jesse will try out for quarterback, and Jay will try playing safety. Meanwhile, Jesse and his teammates recruit an unlikely kicker for their team – a girl named Savannah.
Kirkus Reviews suggests this tale for the “reluctant reader who is captivated by football… There’s plenty of descriptive action on the field and even a few diagrams of different key plays to enhance the text…The simple sentences and basic vocabulary of this novel will be attractive to struggling readers.An apt choice to surprise a young football fan with the power of words.”
Do you know a young reader who fits that description? See what our reviewers have to say about Double Reverse:
Monday 8/11 TheWrite Path
Tuesday 8/12 Kid LitReviews and Geo Librarian
Wednesday 8/13 Librarian in Cute Shoes
2018-05-29T10:56:32+00:00 August 1st, 2014|Atlanta Falcons, Double Reverse, Fall 2014, Football, Fred Bowen|