For the last month, we’ve been running Mrs. Burke’s YOU vs. WHO? contest in anticipation of the release of Charlie Bumpers vs. the Really Nice Gnome, the second installment in Bill Harley‘s middle grade series about a fourth grade boy who–despite his best intentions–just can’t seem to get it right.

The time has come to announce the winner…(drum roll please!)…and…the winner…of the Grand Prize pack of Charlie Bumpers merchandise…iiiis…Gordon vs. the Writing Assignment!

Whoooo! Cue the streamers! Cue the balloons! Congratulations, Gordon! Your books and audio CDs are on their way!

In other news, The Really Nice Gnome will be on shelves April 1st.

What’s that you say? You can’t stand waiting one more minute?

We thought that might be the case. So,  we have a few things to tide you over until the pub date: 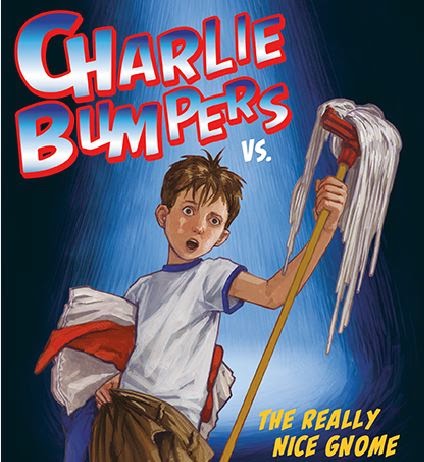 Only three days until The Really Nice Gnome is unleashed on the world! What can Charlie’s fans look forward to in his second adventure?

B.H.    Charlie seems to find himself in situations he doesn’t want to be in, and spends a lot of time trying to figure out how to get out of them. The Nice Gnome is the same in that way. 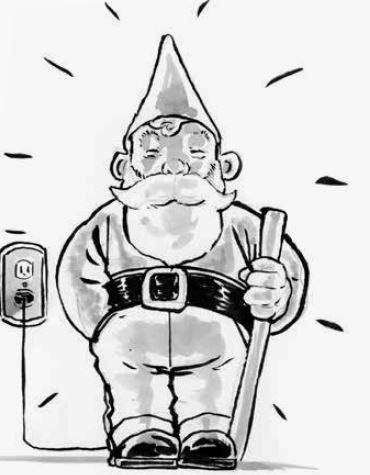 Can you tell us a little about who Charlie is up against this time?
B.H.    Mrs. Burke puts on a play with her class every year, and this year it’s “The Sorcerer’s Castle.” Charlie doesn’t get the part he’s hoping for–the Evil Sorcerer. Instead he gets the part of…well, just look at the title of the book. He definitely doesn’t want to be one of those.

Will we be meeting any new characters in this book?

B.H.  Mostly we get to know everyone we’ve already met a little bit better. A couple of kids in the class get more attention. Like Dashawn, who plays the Prince in the play and has a seriously upset stomach, and Sam Marchand who does get to be the Sorcerer.

Who is your favorite Charlie Bumpers character?

B.H.    Well, I have to like Charlie. He’s my hero. But writing for his brother and sister is a lot of fun since they’re so predictable, but hopefully in a surprising way. I especially like seeing Charlie’s friendship with Tommy and the one developing with Hector.

We hear you’ve been compared to Charlie a few times. Care to comment?
B.H.  Um, let’s just say a good writer often draws from his own experience. 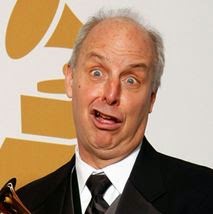 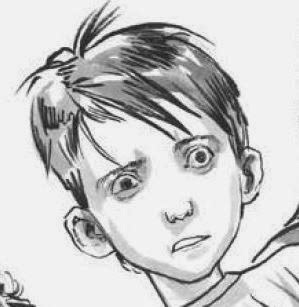 (Coincidence? I’ll have to ask Adam.)

We’ve asked kids to write in and tell us about their own obstacles. They might like to hear about yours. When you were around Charlie’s age, what’s something that you had to “battle” against?

B.H.    Okay–truth is, like Charlie, I was never very organized and that often caused problems. I was also pretty small for my age, and there were always a couple of kids who would take advantage of that. And then, sometimes school just seemed to be in the way of learning about the world.

And how about now?
B.H.    Most of those things are still true–especially about being
organized.
Bullies generally don’t bother me anymore.

And I try not to have too many things I’m obligated to do, since it can get in the way of just living life. But with that said, I usually still take on more than I can handle.

How would you like to see this book used?
B.H.    First, I just hope it finds an audience with a bunch of kids. Especially reluctant readers. While I like to think the story and issues are quite developed, I’ve tried to keep the language simple, straightforward, and fun to read. I hope people laugh and recognize themselves.
I also hope that it can provide some discussion with teachers and students. The book has a lot in it about the culture of schools and classrooms, so if it helps people (adults included) reflect about their experiences, that’s good.
Charlie lives in a very functional family. While there is squabbling, I hope I’m giving a model of how families can work together and helping to affirm for parents how important their job is.
Hmmm. That’s a lot for a small book to accomplish.

What would you like your readers to get out of Charlie’s second story?
B.H.    The underlying theme in The Really Nice Gnome is that you’re part of something bigger and you have to contribute, even if it’s not exactly in the way you want. 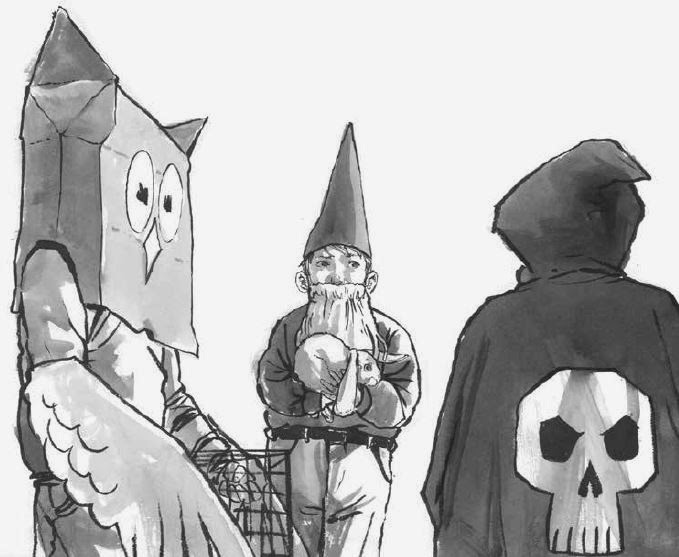 Will there be more Charlie Bumpers to come?

Anything you can tell us about book number three?
B.H.    The Squeaking Skull (September 2014!) is about fear. And Halloween. And costume contests. And horror movies. And if you read it closely, you’ll find some hints on how to tell a good ghost story. 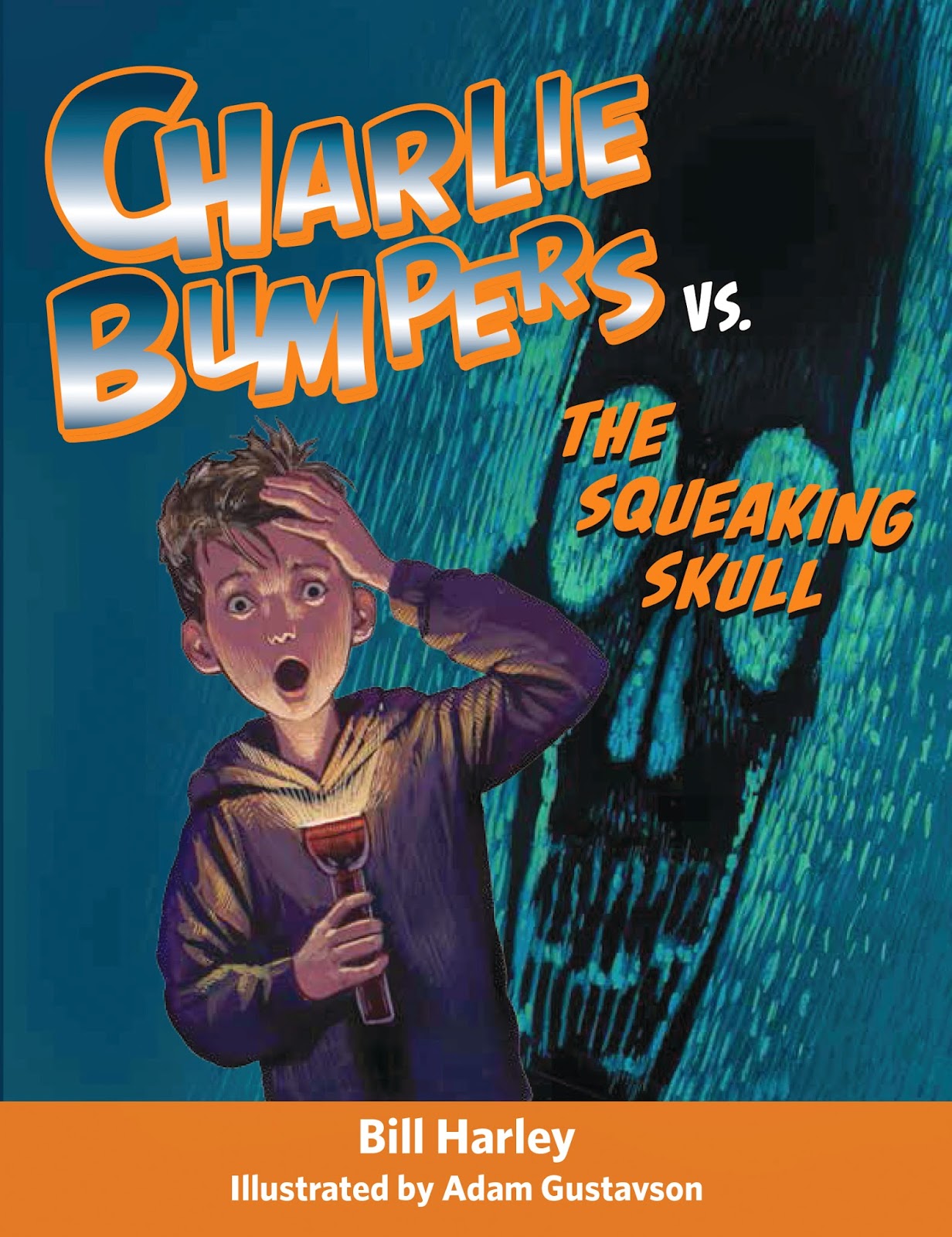 Thanks so much to Bill for dropping by!

Be sure to pick up your copy of Charlie Bumpers vs. the Really Nice Gnome at your local book store!
Check out the Charlie Bumpers site & Charlie’s personal blog.
Happy reading!
N