Baseball and Children’s Books: These Are a Few of My Favorite Things – Peachtree Publishing Company Inc.

Baseball and Children’s Books: These Are a Few of My Favorite Things

While most of the country was mailing their taxes this past April 15, I was busy watching baseball. The Atlanta Braves were playing the Padres at PETCO Park in San Diego. In case you were wondering, Braves rookie, Jason Heyward hit a pair of RBI doubles, Martin Prado hit a home run, and the Braves won the game 6-2… but that is not what made the game stand out in my mind. I was eating pizza with my step-dad and mom when I noticed that every player was wearing the number 42. 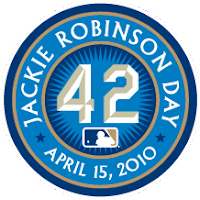 “Why is everyone wearing number 42? That number is retired! They can’t do that.”Number 42 was Jackie Robinson’s number.

Well that explained it. On April 15, 1997, Major League Baseball made #42 the first and only number to be retired and unwearable by any team in the present and future in honor of Jackie Robinson.

For those of you that don’t know, in 1947, Jackie Robinson became the first African-American to play Major League Baseball when he was signed on to the Brooklyn Dodgers. Esentially, he engineered the integration of professional sports in America by breaking the color barrier in baseball, which was no easy feat. He endured taunts, threats, even deliberate spikings on the ball field. Despite it all, he played the game better than most and helped lead his team to victory. The Dodgers won 94 games during the 1947 season and finished first in their division. In 1962, his first year of eligability, he was elected into the Baseball Hall of Fame.

What many don’t realize is how many people Jackie Robinson affected outside of the sport he loved. In Myron Uhlberg’s book Dad, Jackie, and Me, we hear a fictionalized account of the 1947 baseball season from the perspective of a young boy and his deaf father as they follow the progress of Robinson’s rookie year.

The boy loves baseball and is thrilled when his father brings home tickets to see the Dodgers play at Ebbets Field. This is the first time that the boys father has shown any real interest in baseball and the young boy is somewhat embarrassed of his deaf father. 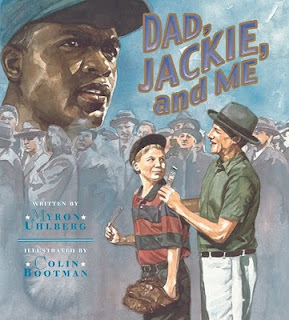 Everyone looked at my dad.

I looked at my shoes.”

Throughout the book, the father and son continue to go to games and keep track of everything Robinson did that season. You begin to understand, that, like Jackie, the boys father has to face and overcome prejudice in his own life due to peoples preconceived notions of what it means to be deaf. Being deaf doesn’t mean you are dumb or incapable. Robinson became an icon for the father to look up to and a way to connect with his son.

Uhlberg states in his author’s note that while the story is fiction, it is based in fact. 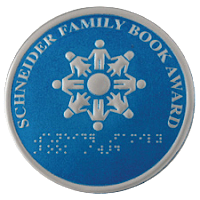 “During Jackie’s first year as a Dodger, my father took me to many games. He told me to watch carefully how the opposing team would single Jackie out for unfair treatment, how they would actively discriminate against him on the field just because his skin was brown. ‘Just you watch,’ he said. ‘Jackie will show them that his skin color has nothing to do with how he plays baseball. He will show them all that he is as good as they are.”

Dad, Jackie, and Me was illustrated by Colin Bootman and won the 2006 ALA Schneider Family Book Award and was a 2006 International Reading Association Teachers’ Choice. Myron has also authored three other picture books with Peachtree and a memoir, Hands of My Father, with Bantam.

Other Baseball books from Peachtree: