//The code must be inserted ahead of the call to the content Tiger in My Soup – Peachtree Publishing Company Inc.

Tiger in My Soup

There’s a lot more lurking in the soup than alphabet letters! Imagination takes center stage in Tiger in My Soup! Follow along this week for reviews, giveaways and a whole lot of fun! 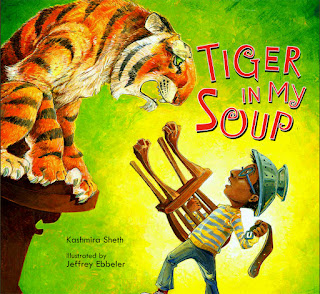