Notes from the Litter Box: Where’s the love?

It’s Eddie here and I have some disturbing news.
Earlier this week, something terrible happened in the office. If you ask the humans, they’ll say it was a fabulous night filled with laughter and good friends, but for me…oh, I shudder to think of it.

You see, friends, I have long held the belief that I am the top cat around here. It’s always been this way and nobody has given me the impression that this would ever change. Until Wednesday night. 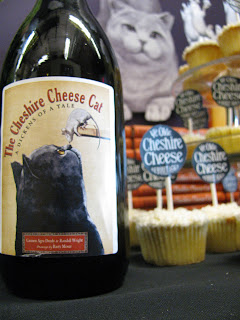 The party was for The Cheshire Cheese Cat: A Dickens of a Tale. At first, I was excited to see a new cat book from Peachtree, but then I realized: nobody’s ever thrown me a party before. It even has its own website and facebook page! So there I was, in the middle of all this merriment, lacking the verbal ability to shout from atop the linen-draped tables that I, not Skilley, am the cat they should be praising! To get the message across, I had to resort to physical rather than spoken means. It really is too bad that MM cleaned up the broken glass and tipped over trashcan that I left as a message to everyone. Now they’ll never know (unless they read this post, of course).

This grand celebration, I fear, is a sign of changes to come. Am I to be dethroned by this Skilley character I keep hearing about? Everywhere I turn, there are cats popping up in Peachtree books and instead of celebrating each addition of feline fiction, I’m now riddled with fear. Will they be just as threatening to the order of this office? It’s bad enough that today is apparently ‘National Dog Day’ and people everywhere are proclaiming the slobbery, clumsy creatures as ‘Man’s Best Friend,’ but no–I also have to take refuge from those in the office singing the praises of this Cheshire Cheese cat. And what kind of cat eats cheese anyway?
I’ve wanted to take count of our cat vs. dog books for a while now. It never hurts to know where you stand as far as how many cat and dog lovers there are in your midst and I figure you can’t argue with numbers. If I’m going to be knocked from my pedestal, I’d much rather it be because of another cat rather than a dog. So, let’s see shall we?
Dog Books:

Ooh, it looks like we edged them out by one book! Eight cat books to seven dog books! In the interest of peace-keeping, we do have a book with both a cat and a dog and it’s pretty fantastic.

I’ll rest easy this weekend knowing that we at least have more cat books than dog books, even with the threat of the Cheshire Cheese cat taking over the office. A little friendly competition never hurt anyone…

Until next time, this is Eddie signing off! 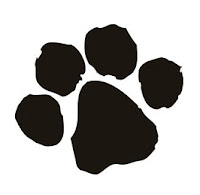